Updated 3/15/2021 –The FAA Office of Aerospace Medicine (AAM) has made several recent statements keeping pace with the rapidly changing world of COVID-19. There are several issues which may jeopardize flight fitness and FAA medical certification. Medical conditions, the use of certain medications, the accuracy of testing and the use of a particular vaccination all should be considered. In addition to regular FAA medical examinations airmen must “self-certify” in between FAA medical examinations under federal statute – FAR 61.53.

§61.53 Prohibition on operations during medical deficiency…no person who holds a medical certificate issued under part 67 of this chapter may act as pilot in command, or in any other capacity as a required pilot flight crewmember, while that person:

(1) Knows or has reason to know of any medical condition that would make the person unable to meet the requirements for the medical certificate necessary for the pilot operation; or

The COVID-19 vaccine produced by Pfizer and BioNTech (BNT162b2) was the first available to the American public under an Emergency Use Authorization (EUA) by the Food and Drug Administration (FDA). Pfizer Vaccine Fact Sheet   The vaccine mRNA-1273, produced by Moderna’s Biotechnology company has also been approved by the FDA under an EUA.  Moderna FDA Brief     On 12/19/2020 the FAA indicated holders of FAA-issued Airman Medical Certificates or Medical Clearances may receive the Pfizer-BioNTech or Moderna COVID-19 vaccine; however, a 48-hour no fly/no safety related duty interval must be observed after each dose. On 2/27/2021 the FAA stated that pilots may receive the Johnson & Johnson single-dose vaccine, also known as the Janssen vaccine, which was FDA approved earlier in the day under EUA. The FAA required wait time for pilots receiving the Johnson & Johnson vaccine is the same as the first two approved vaccines, 48 hours. Janssen Fact Sheet  AstraZeneca and Oxford University also have vaccines in the pipeline. The FAA’s written policy statement to AME’s advised that the aforementioned wait periods are similar to those required for other vaccines such as Tuberculosis and Typhoid vaccines, however, the FAA did not include any particular wait periods for those vaccines or others such as Yellow Fever.

Pilots and air traffic controllers may have difficulty deciding what, if anything, they should do about COVID-19. There are several confounding elements for COVID-19 testing and treatment. Pilots may have a difficult time finding reliable information on what will work best for them and precisely what the FAA will require in their particular case. COVID-19 tests are new and accuracy has been questioned. Current testing may reveal if one has had COVID-19. It does not indicate immunity nor can it assure one will not pass the disease to another. For this reason the U.S. and other countries will likely continue to promote quarantines and social distancing for some time. Another possible point of contention is deciding if those who have already contracted and recovered from the coronavirus should receive a vaccine.

The FAA has not issued a particular opinion and currently they are not inclined to provide guidance to pilots or AME’s concerning vaccines which have not been approved by the FDA in the U.S.. That said, the FAA will likely allow medical certification acceptance of airmen or ATC personnel who have received vaccines which are approved by another certification authority even if the vaccine is not approved by the FDA in the US. In the past, and under certain conditions, the FAA has allowed pilots to be certified even after the use of disqualifying or unacceptable medications or treatments. With CV-19 vaccines currently approved by the FDA in the U.S., a wait period of 48 hours has been required. Conservatively one would expect the FAA to require at least 48 hours for those who have received vaccines which are approved in foreign countries. If the vaccine received in a foreign country has additional requirements, such as a longer wait-time required by the country’s certification authority, the FAA would likely expect compliance with that requirement prior to resuming FAA duties or ongoing FAA medical certification. Obviously those holding a medical certificate issued by the FAA are compelled to comply with the regulatory requirements under 14 CFR Part 61.53 which prohibits operations during medical deficiency.

The Measles-Mumps-Rubella (MMR) vaccine has also demonstrated a protective effect against COVID19 according to one published study. Hydroxychloroquine is a medication which has been touted as beneficial against COVID-19, however, it can affect vision. Veklury (Remdesivir) is an antiviral drug which is FDA approved for COVID-19. Its use is typically limited to acute care facilities such as inpatient hospital care.

Individuals holding an Airman Medical Certificate or Medical Clearance are prohibited from performing flight crewmember duties or air traffic control duties if they do not meet medical certification requirements, including those related to adverse events from medications that render them unable to perform such duties. Pilots should obtain expert guidance to avoid problems with FAA medical certification. If records are submitted to the FAA they should be eloquently detailed. Depending upon the situation, there may be an advantage to submitting records directly to the FAA’s aeromedical certification division (AMCD) or a Regional Flight Surgeon instead of an AME. When reporting your medical history during your FAA flight physical the application asks you to report virtually all conditions and symptoms which you currently have, have had, or that you have been diagnosed with in your lifetime. In addition, all visits to health providers in the preceding 3 years are reportable at the time of FAA medical examination under item #19 on the airman medical application – FAA form 8500-8 / MedXPress.  (updated 12/19/2020) 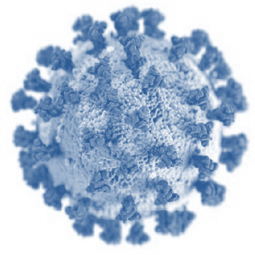 Abstract: Immunizations are important tools in preventive medicine and should be encouraged by the AME. Since vaccines are not reportable upon medical certification, it is important for the AME to advise pilots regarding common side effects of the inactive vaccines and how they can affect aviation safety.

Aeromedical folklore describes the tragic death of Lieutenant Sidney J. Brooks from a delayed vaccine reaction. The unfortunate Cadet, for whom Brooks Air Force Base is named, reportedly died on his final solo flight after a series of vaccinations. Several unexplained aspects of Lt. Brooks’ controlled flight into terrain still exist; however, his case exemplifies why the aviation medical examiner (AME) should be concerned with immunizations and flying. Furthermore, the recent use of Anthrax vaccine by the military has unjustifiably concerned pilots.

In general, immunizations are not disqualifying for general aviation flying. And although the Federal Aviation Administration (FAA) recently expanded Box 17(a) on Form 8500-8 to include “Any Medication,” it was not their intent to include vaccine prescriptions. Pilots do not have to report receipt of any vaccine on their FAA medical application. It is, therefore, incumbent upon the AME to counsel the aviator on potential vaccine side effects and their affect on flight safety.

Vaccines come in two different forms, live and inactive. Live vaccines utilize weakened or dead organisms to stimulate an antibody response from the body. They are typically dosed once during childhood, and this provides long-term immunization. Examples of live vaccines include the varicella, oral typhoid, measles, mumps, and rubella vaccines. Pediatricians are usually concerned about the rare and debilitating side effects of a live vaccine; however, it is the inactive vaccine that concerns the AME.

Inactive vaccines have no live organisms and are more stable, but immunologically weaker. Because of this “weakness,” they require multiple dosing. Examples of inactive vaccines include intramuscular typhoid, tetanus, influenza, and Anthrax . About 85% of adverse vaccine event reports concern relatively minor events — ordinary fevers or redness and swelling at the injection site. The remaining 15% describe serious events, such as seizures, high fevers, life-threatening illnesses, or deaths. Inactive vaccines are the type most likely administered to pilots and tend to have less serious side effects. Unfortunately, inactive vaccines have more common minor reactions than the live vaccines.

The National Childhood Vaccine Injury Act of 1986 (NCVIA) requires health care providers and vaccine manufacturers to report to the Department of Health and Human Services (DHHS) specific adverse events following the administration of vaccines. The DHHS established the Vaccine Adverse Event Reporting System (VAERS), which is co-administered by the Food and Drug Administration (FDA) and the Centers for Disease Control and Prevention (CDC), to accept all reports of suspected adverse events, in all age groups, after the administration of any US-licensed vaccine. The primary purpose for maintaining the database is to serve as an early warning or signaling system for adverse events not detected during pre-market testing. The AME should be aware of this database and be able to provide the airman with a general description of side effects from various vaccinations.

The most common minor side effect from parenteral vaccination with an inactive vaccine is local arm soreness, headache, fever, and fatigue. These seemingly minor symptoms on land could, of course, distract or physically limit the pilot in the air. Furthermore, since there is no minimum grounding period after receiving immunizations, it is incumbent upon the aviator to anticipate minor symptoms and plan crew rest accordingly. Taking aspirin or acetaminophen after an immunization may minimize minor side effects; whereas, more serious side effects may be temporarily “self” grounding until they resolve or stabilize. As always, pursuant to the Federal Aviation Regulations, it is the pilot’s ultimate responsibility to be “fit for flight.”

One final point: On 15 October 1999, Federal Air Surgeon Dr. Jon Jordan, posted a letter formally articulating the FAA policy on pilots receiving the Anthrax vaccine. The letter confirmed that receiving the Anthrax vaccine does not affect a pilot’s medical certificate and confirmed that receipt of the vaccine is not cause for grounding for any duration. Individuals who have been immunized with the Anthrax vaccine are not disqualified from performing civilian airman duties so long as they do not experience significant side effects that would otherwise be considered disqualifying.

In sum, immunizations play a very important role in preventive medicine and should be encouraged by the AME. Since vaccines are not reportable upon medical certification, it is important for the AME to advise pilots regarding common side effects of the inactive vaccines and their impact on flight safety.

Dr. Borrillo is the Chief of Flight Medicine, 352nd Operations Support Squadron, USAF Special Operations Command, Royal Air Force Base, Mildenhall, England. He is Board certified in Aerospace Medicine. In addition, he is a commercial pilot, an AME, and a practicing attorney.