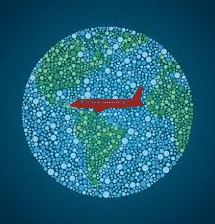 Color Vision issues surprise many would be pilots. For some, private pilot status is all they seek while others are about to start a journey to become a commercial airline pilot. Before the flight physical is completed it’s a good idea to find out if the FAA color vision test will be an issue. The most common test is the Ishihara Plate Test and this is typically what aviation medical examiners will use during the FAA medical examination. It’s a good idea to perform a screening test even if you have passed a color vision test before.

Pilots in Command
Scroll to top