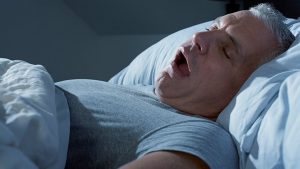 Obstructive Sleep Apnea (OSA).  OSA is a condition which often interrupts breathing during sleeping hours. It can jeopardize health and decrease safety.

In November 2013, the FAA proposed guidance to Aviation Medical Examiners that would have grounded pilots with a body mass index (BMI) of 40 or more until they successfully completed treatment and obtained a Special Issuance medical certification from the FAA. The FAA concluded that OSA is almost always found in obese individuals who have a Body Mass Index (BMI) over 40 and a neck circumference of 17 inches or more.

Aviation Medical Examiners have become more attentive to signs and symptoms of sleep disorders and Obstructive Sleep Apnea and the increased awareness has increasingly delayed and some cases disqualified pilots.

While the FAA has and likely always will use Special Issuance medical certification process to certificate pilots with OSA, AME’s have been admonished to no longer use BMI alone to assess whether the pilot applicant has OSA. AME’s will continue to screen for the risk for OSA using history, symptoms, and physical/clinical findings using the American Academy of Sleep Medicine (AASM) guidance.

While the FAA has revised the screening approach to help AMEs find undiagnosed and untreated OSA, untreated OSA will continue to be a generally disqualifying medical condition. AMEs are advised by the FAA to be alert for OSA and other sleep-related disorders such as insomnia, restless leg-syndrome, and neuromuscular or connective tissue disorders, because they could be signs of problems that could interfere with restorative sleep, which pilots need to safely perform their duties.