NTSB: Increasing Drug Use in Pilots 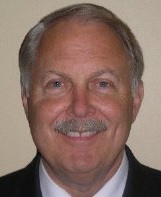 Michael A. Berry received his M.D. degree from the University of Texas Southwestern Medical School in Dallas in 1971. He completed surgical internship in the United States Air Force, and served four years as a fighter squadron flight surgeon. He completed his residency in Aerospace Medicine at Ohio State University in Columbus, Ohio, and received his Master’s Degree in Preventive Medicine.
He was certified by the American Board of Preventive Medicine in Aerospace Medicine.