You are here: Home / Beating a Bad Medical

If you can produce the proper documentation to show you are fit to fly, your chances of salvaging your medical certificate are good.

The FAA denied 75 first-class medicals in 1997, according to Warren Silberman, M.D., manager of the Aeromedical Certification Division of the FAA in Oklahoma City.  That represents less than one percent of the 185,894 first-class medical applications received that year.  But it represents the loss of livelihood for those 75 individuals.  The statistics also don’t tell the story of those pilots snatched from the jaws of rejection or jeopardy due to a special issuance of a medical certificate despite a disqualifying condition.

But no matter how final it sounds, a rejection letter from the FAA does not have to mean the end of your career as a pilot.  If you have been disqualified for a medical certificate, you have two courses of action: (1) prove that you do not have the medical condition with which you’ve been diagnosed or (2) apply for special issuance.

In other words, don’t give up.  Lots of support is available from experts who want to get pilots back into the air.

Part 67.401 of the medical regulations (paragraph 67.401), called “Special Issuance of Medical Certificates” gives the Federal Air Surgeon the authority to certify essentially every medical problem- even mandatory denials – “if it can be proven with factual medical data that the pilot is safe to fly in the type of aircraft and position for which the pilot is applying.

If you can prove that your medical disorder is an acceptable risk now and in the next six to 12 months, then no matter what the problem is, the Federal Air Surgeon can consider certifying you.  But the responsibility of proving you are fit to fly is yours.

In 1997, the agency authorized 6,867 special issuance medicals-993 after initial request or appeal and 5,874 by recertification….

…Helpers Along the Way

The road to a special issuance can be smoothed by the AME and several of the aviation trade associations that offer consultative or preventive pilot advocate services.  Federal Air Surgeon Jon L. Jordan, M.D., J.D. feels such services “are good for the agency as well as the airman.”  He explained that when a pilot’s medical is in jeopardy, a good pilot advocate can cut down on communication barriers.  “Effective advocates are timesavers for the agency and the pilot, and have improved our relationship with the pilot community.”

When we asked Dr. Jordan if pilot advocates should have special credentials, he said they should have knowledge of aviation medicine and FAA policies and practices. “They don’t all have to be AME’s,” he advised.  He noted that a pilot could choose someone who specializes in a particular medical problem and knows how to work with the FAA regarding that medical problem… 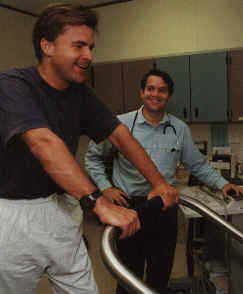 The FAA will deny medical certification if a pilot has one of the following medical conditions (However, if you do have one or more of these conditions, you may still be eligible for an FAA special issuance medical certificate.):
(1) Severe personality disorder.
(2) Psychosis.
(3) A bipolar disorder.
(4) Substance dependence (alcoholism or other chemical dependencies).
(5) Substance abuse.
(6) Epilepsy.
(7) Disturbance of consciousness without satisfactory medical explanation of the cause.
(8) Transient loss of control of the nervous system function without satisfactory medical explanation of the cause.
(9) Myocardial infarction.
(10) Angina pectoris.
(11) Coronary heart disease.
(12) Cardiac valve replacement.
(13) Permanent cardiac pacemaker implantation.
(14) Heart replacement.
(15) Diabetes.

Just as rehearsals are good for show business, they also can be valuable in the medical certification process. Pilot Medical Solutions of Tulsa has a new medical protection program that pre-qualifies pilots before they apply for their medical certificates.  “Our program is confidential and preventive,” said David Hale, the director of the company, who is also a pilot.   By allowing pilots to take a practice FAA medical, “it virtually eliminates premature applications often containing negative data that AME’s are required to forward to the FAA for a pilot’s permanent record.”

A Medical Protection membership from Pilot Medical Solutions costs $75 per year. A discounted retainer arrangement-not to exceed $450-is available for members who have a disqualifying medical condition and want Hale to consult with them on resolving the paperwork.

What happens if you don’t pass the pre-qualification test?  Hale works with your primary physician first, and he will “coach” you by providing you with a regimen for success, often including an exercise or nutrition prescription.  “Most pilots who fail the pre-test will qualify by finding a medication the FAA will approve of by making lifestyle changes,” Hale explained.

In addition to the preventive part of the business, Pilot Medical Solutions has been offering a Flight Fitness Program since 1996 for special issuance clients.  To expedite FAA approval, the company retrieves, reviews, organizes and submits pilot records.  Neil Hauft, an ATP who lives near Los Angeles, credits the company with pulling his medical out of the fire. “Most important to me was Hale’s knowledge of FAA/AME evaluation protocols.  That was invaluable.”   After Hauft had five-way bypass surgery, Hale developed a comprehensive cardiac strengthening program for him.  Hauft worked up from a walking program to running five to six days a week.

“With Hale’s assistance, I aced the examination and presented the FAA with all the required test data, lab results and medical records,” he said.  Then, 18 days after submitting the data, “I received the FAA’s unrestricted clearance and a new medical certificate.”

The Final Word on Advocates

Some AME’s advertise as advocates, Dr. Jordan said, and the agency has no problem with that “as long as everybody is above board and provides complete disclosure of their findings.  Problems will arise only if they try to circumvent the FAA.”  So, grab all the qualified help you can get.
–BCA